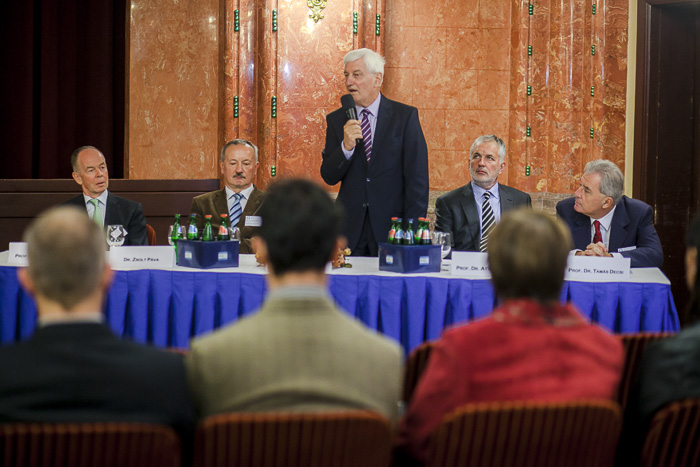 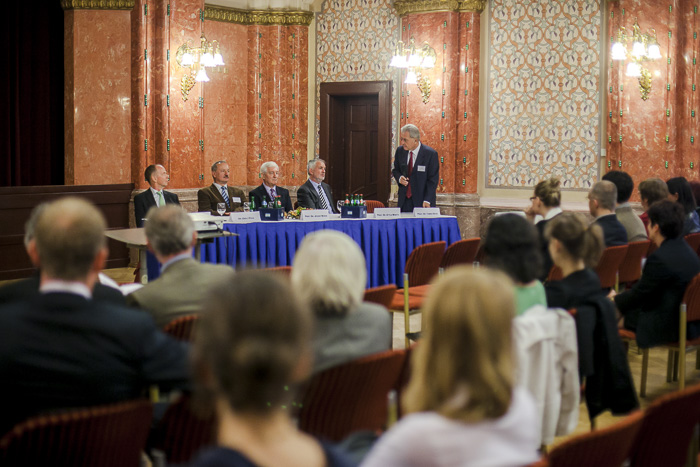 You can watch the short video made by the UnivTv about the opening ceremony by clicking on the link below (the video is in Hungarian):

The opening ceremony was accompanied by a scientific symposium.

David Tovey, Editor-in-Chief of the Cochrane Library pointed out the importance of the evidence. After that he touched the role of the Cochrane Collaboration, and talked about future plans and challenges.

Gerd Antes, Director of the German Cochrane Centre presented the role of Cochrane Centres ad Branches. After defining the concept of evidence based medicine he estimated how information transfer realizes in practice.

Gerald Gartlehner, Director of the Austrian Cochrane Branch made a presentation about the first four years of the Branch. He talked about challenges faced, achievements accomplished and lessons learned.

Wim Weber, European Research Editor of The BMJ talked about the access to medical research. He pointed out the problems, adverted to the transparency, accessibility and the current European situation.

Lee Hooper, senior lecturer of the Norwich Medical School made a presentation about the systematic reviews in nutrition. She highlighted the necessity of these reviews, referring to former studies and mistakes.

The ppt or pdf versions of the presentations are accessible: